There are LOTs of ways to help dyslexic students become not just okay at maths but great mathematicians. Here are a few suggestions and I’m sure you’ll find some of your own!

Always be explicit eg we have place value because there are only 10 symbols for number. Place value – whereby a number’s POSITION conveys its value – is key.

In addition to this, use and make maths dictionaries and provide cribsheets so that students can practise the language and processes of maths to build automaticity.

2.  Give the students something to hold to orient themselves eg on a 100 square, a clock, number lines, perimeter.

3. Don’t assume the issue is with knowledge when it could be language eg confusing ‘ty’ and ‘teen’ numbers is an issue with word finding and naming rather than understanding what the numbers means.

Tell your learners to look at place value and think of meaning before naming. Where there are no units, the place is empTY from 13 – 19 are the TEENage years. 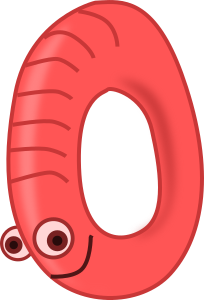 4. Use different coloured pens for place value, drawing graphs and division – any aspect of maths where students are confused by the whole and need to ‘see’ the parts. 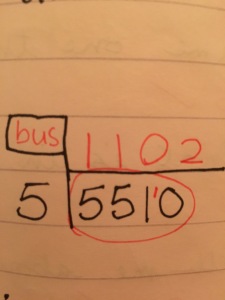 5. Use real, concrete objects. This was for mixed fractions to explain how parts make up a whole in the same ratio. 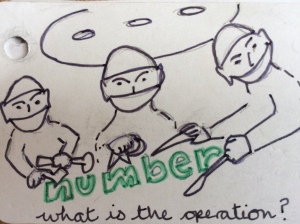 8. Work on number reversals. Whilst a student is still making reversals this is creating additonal cognitive load. 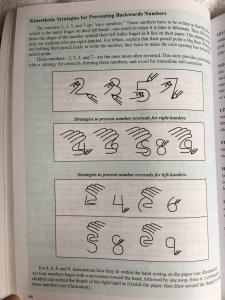 9. Use plastic numbers, this will enable them to focus on the concept, without the cognitive load of writing and laying out information on the page, which can be exhausting and undermines their learning.

A step toward mastery. After this, the same sum was written out and completed, then written practice was carried out involving the same divisor eg 25
As confidence and automaticity grows, more complex questions can be tackled in writing.#longdivision #maths pic.twitter.com/Tfw5Fd6iIx

10. Encourage use of the mind’s eye or imagination.

Eg if they have used fingers before, then encourage them to visualise the fingers. Where numbers are added, imagine the units dropping into the empty units.

And mind’s eye in times tables: